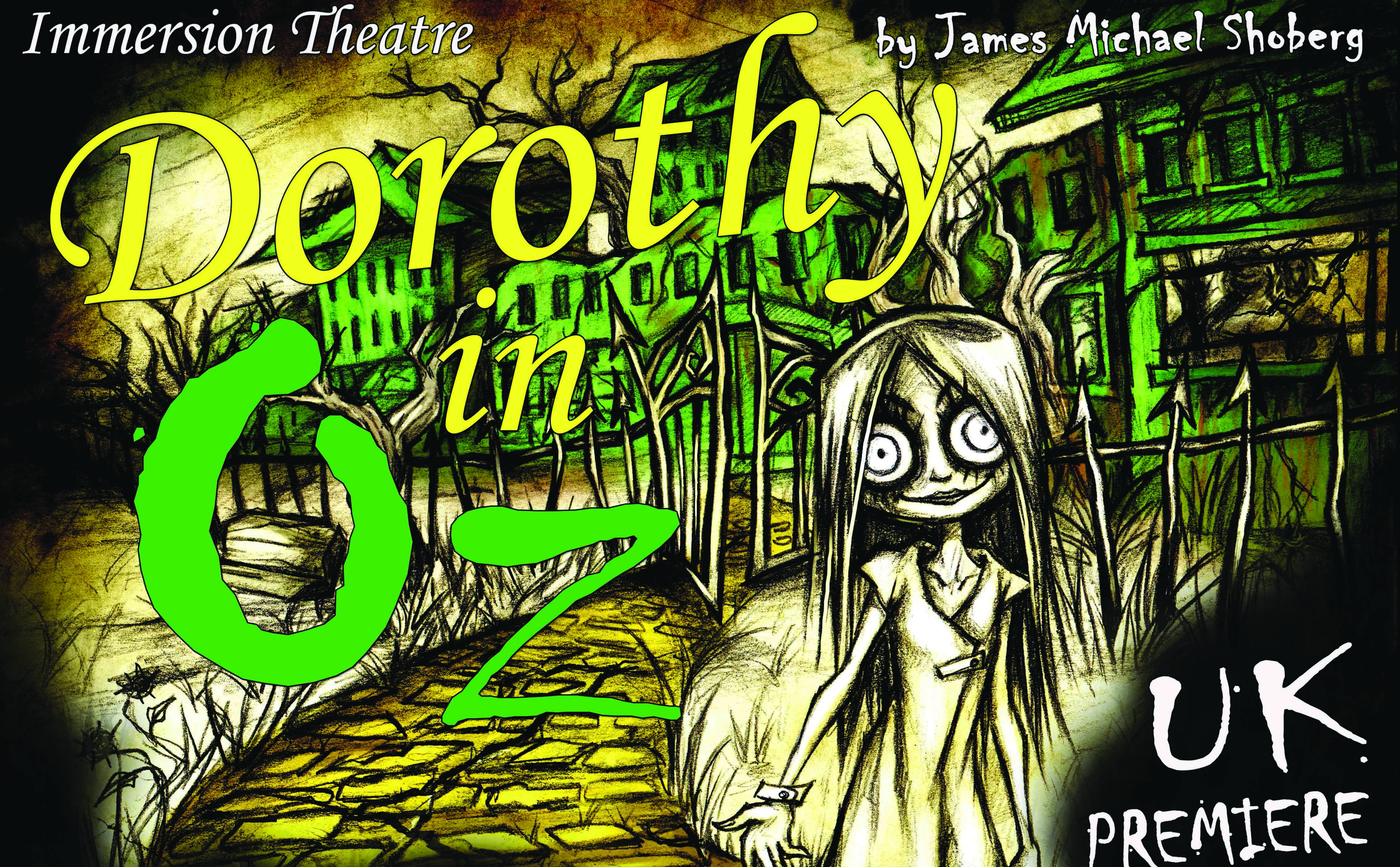 Immersion Theatre are thrilled to be presenting the UK Premier of a piece unlike anything that has ever been seen on the London fringe circuit, DOROTHY IN OZ, a skewed adaptation of L. Frank Baum’s “The Wizard of Oz”, by Pittsburgh playwright James Michael Shoberg.

Set in the “Ozlin Centre,” a facility for the mentally ill, Dorothy in Oz follows the story of a bi-polar Dorothy (Dottie) Gale, who is involuntarily committed by her Aunt Em and Uncle Henry. While hospitalized, she is treated with an experimental drug called Cyclozil which causes her to hallucinate a dark, twisted version of the hospital simply called…”Oz.” While in her drug-induced delirium, Dottie encounters Glinda, a somewhat unhinged therapist who informs Dottie that her only chance to be released is to seek the hospital’s mysterious administrator…The Great Oz, himself.

Thus begins her trip through a veritable madhouse, where she is joined by “Skarekrow,” a heroin-addicted goth-rocker; Rusty, a pierced, axe-wielding biker with severe anger issues; and Mr. Lyons, a sexually frustrated deviant searching for a prescription to give him a little “courage” below the belt. However, if coping with her three new companions wasn’t difficult enough, Dottie unwittingly attracts the attention of the Wicked Witch of the West Wing, a crazed doctor who sends her three cronies, each the subject of one of her deranged experiments, to capture Dottie for her own depraved purposes…